10 Logo Designs That Rocked the World

There are multiple facets that make a logo design memorable. The simplicity of design, the name of the company, the shape, the colours or the fact that the logo is seen at every turn. Every now and then, however, a logo comes around that really makes us think. Whether subtle or direct, these logos use clever design tactics to convey hidden meanings that blow our minds.

The Fedex logo is most famous for the optical illusion created by the intelligent use of negative space, turning what would otherwise be a boring logo into a focal point. The arrow between the ‘E’ and the ‘X’ is said to signify speed and accuracy of service. Amazon is globally recognised for its ability to offer a vast range of products. The logo design cleverly depicts this sentiment with a strategically placed arrow so that it reads A to Z. The arrow is also used to mimic a smile, indicating their happy customers.

While the original story of the Toyota brandmark, with its distinctive oval shapes, is quite corporate, closer inspection reveals a whole lot more. According to the company, the overlapping ovals “symbolise the unification of the hearts of our customers and the heart of Toyota products.” What most don’t know, however, is that the different sections of the oval design also spell out the world ‘Toyota’.

The Subway logo dates back to 1966 and has gone through a few variations since – but the essence has always remained the same. The arrows on the ‘S’ and ‘Y’ visually represent entry and exit. Combined with the fresh colours, the logo cleverly conveys the concept of ‘healthy’ food on the go.

The logo for Beats by Dre is simple, but meaningful. Using only the letter ‘b’ to denote their brand name enclosed in a circle, the brandmark brilliantly represents a human head wearing headphones.

Another brand that uses letters and shapes to create an image is LG. The ‘L’ and ‘G’ in the circle resembles the features of a human face. LG says the brandmark symbolises the world, future, youth, humanity, and technology. Some designers also see a subtle ode to the power button.

At first glance, the Sony VAIO logo looks like nothing more than random lines and curves, but it is from the abstract elements of this famous logo that we extract a deeper, more purposeful meaning. The logo integrates the ideas of analog and digital technology into one, using the ‘V’ and ‘A’ to represent an analog wave, and the ‘I’ and ‘O’ to represent binary from the digital world. 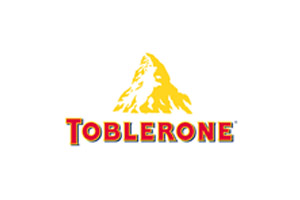 Once you see the hidden bear in the famous mountain top that represents the Tobleron brandmark, you can’t unsee it. The bear alludes to Toblerone’s roots in Bern, Switzerland, home to the Matterhorn Mountain, also known as the ‘City of Bears’.

The Gillette logo may seem like a simple wordmark set in a generic typeface. On closer inspection though, the brand subtly pulls off a razor-sharp design illusion. Notice the diagonal slice on the ‘i’, extended from the ‘G’? Even more impressive is what happens in the negative space between the ‘G’ and ‘i’, which forms two blade-like shapes. Subtle but genius.

Another clever use of letter play can be seen in Continental’s logo, which features a 3D tyre shape created out of the space between the ‘C’ and the ‘o’.

How many did you know already?